Dr. Amy Holcombe is an Associate Professor of Leadership Studies at High Point University in the Stout School of Education. Prior to her current role, Dr. Holcombe served as Executive Director for Strategic Planning and Development, Executive Director of Talent Development, Director of Curriculum K-12, Director of Organizational Development, Principal, and Teacher. She has held related roles as an Adjunct Professor of Education at UNC Greensboro, an external evaluator for Hezel and Associates, and a state level curriculum developer and trainer for the North Carolina Teacher Academy. During her tenure with Guilford County Schools, Dr. Holcombe launched North Carolina’s first in-district licensure program for teachers. Since its inception in 2008, this program has licensed over 350 teachers, won four national awards, and has been featured in Education Week. As Executive Director of Talent Development, Dr. Holcombe led Mission Possible, a performance-based compensation program, for 50 highly impacted schools. The longest running comprehensive compensation program in NC, impacts included increasing teacher retention from 64% to 89%, the percentage of highly-effective principals from 61% to 79%, and the number of highly-effective teachers by 71%. Mission Possible has been featured on the front page of the New York Times, in ASCD’s Educational Leadership, in Education Weekly, The School Administrator, and in Principal Leadership. Over the course of her professional career, Dr. Holcombe has written and won over $93 million in competitive grants. She has been named Technology Teacher of the Year for the state of NC twice and has received numerous national awards for her work in the area of human capital management. Dr. Holcombe has been a featured keynote, speaker and panelist for National Public Radio, Capitol Hill senate briefings, the Carnegie Foundation, the National Press Club, the Large District Superintendents’ Consortium, the Governor Jim Holshouser Legislators Retreat, the Legislative Task Force on Teacher and School Administrator Effectiveness and Compensation, and The Education Trust. She has published and presented nationally on the topics of teacher effectiveness, performance-based compensation, human capital management, alternative certification, and education leadership. Dr. Holcombe holds a Ph.D. in Curriculum and Teaching from UNCG, a Masters in School Administration from NC A&T, an M.Ed. in English from UNCG, and a B.A. in English Journalism from Sonoma State University. She is licensed in K-12 Reading, 6-12 English/Language Arts, K-12 Technology, and as a Principal. 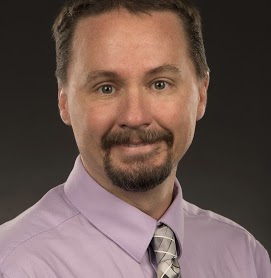 Dr. Bennett is a passionate educator who strives for equity in learning for all students. As an Associate Professor of Education specializing in curriculum and instruction and a global consultant, he has presented throughout the United States and across the Middle East, Europe, Australia, and Asia. His previous educational experiences include teaching middle school mathematics, working as a middle school mathematics coach, new teacher mentor, and a K-12 district level instructional resource teacher in culturally, ethnically, and linguistically diverse communities in Hawaii. He is dual certified to teach elementary K-8 and 6-12 mathematics and is a National Board Certified Teacher in Mathematics—Early Adolescence.

Dr. Heidi Summey became a full-time faculty member at High Point University in 2010. With over 20 years of public school experience as a special education teacher, she formerly taught full-time at High Point University in the School of Education from 1995-2000. Over the past 10 years, she was also an adjunct faculty member in the Evening Degree Program, teaching primarily educational technology classes.

Dr. Summey received her doctoral degree in Curriculum and Instruction with an emphasis on Exceptional Individuals from the University of North Carolina at Greensboro. Dr. Summey has published articles focusing on a multiple intelligences approach to teaching students with disabilities who were included in middle grades language arts classrooms. She has presented her findings at national conferences including the American Educational Research Association (AERA) and the National Middle School Association (NMSA). Her current research interests include using technology to enhance instruction for students with disabilities. Dr. Summey became a SMART Certified Trainer from SMART Technologies in August 2012. 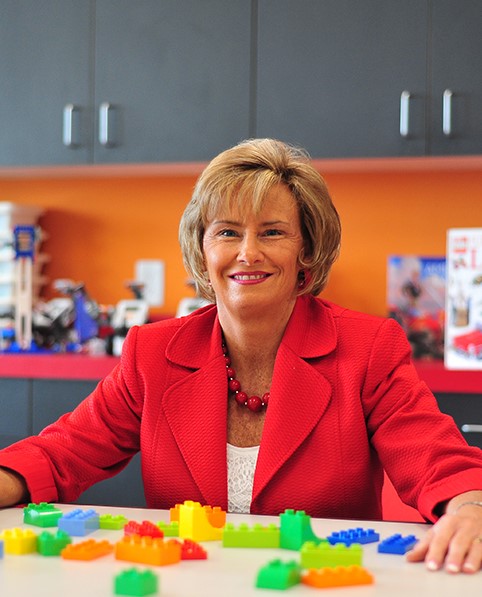 Formerly a curriculum specialist for Rowan-Salisbury Schools, Dr. Disseler received her doctorate from UNCC in Educational Leadership with a focus on Curriculum and Supervision. Dr. Disseler spent seven years teaching elementary school where she was voted Hurley Elementary Teacher of the Year and Rowan County Math Teacher of the Year. While teaching elementary school, she was a state finalist for the Presidential Award for Excellence in the Teaching of Mathematics and Science and served as a First Flight Educator.

After teaching elementary school, Dr. Disseler taught middle school for seven years; five of which was spent teaching academically gifted math and science. At that level, she was voted Southeast Middle Teacher of the Year and received several top honors in the profession including The Hornets Award for Excellence in Teaching, The Malibu Teaching Award, Time Magazine Teaching Excellence Top 18 Teachers Award and was honored as a Time Warner Cable Star Teacher.

Dr. Disseler received her National Boards in 1999 as a Middle Childhood Generalist and renewed in 2018. She is a member of the NCAEE, Kappa Delta Pi National Honor Society, Middle School Association, NCCTM, NCSTA, ASCD, National Poets Society, and the LEGO Ambassadors Program, Currently Dr. Disseler serves as a distinguished member of Who’s Who Among Professionals, is a member of the LEGO Education Advisory Panel (LEAP) and the Global LEAP Panel as a Lego Education Specialist for North America. As a Certified Lego Trainer, Dr. Disseler leads the Center for Educational Outreach and Teacher Training at High Point University where she works with local teachers in Lego Education product training. She serves on the editorial board for the Journal of Educational Policies and Current Practices (JEPCP), Journal of Game-Supported Interactive Learning (JGSIL) and Teaching Children Mathematics (TCM). Dr. Disseler serves on the board of Teachers2Teachers Global and NC First.

Her poem, “A Child’s Darkness” is published in the poetry anthology entitled, Walk in the Garden. Other publications include: The Middle School Gender Gap in Mathematics & Perceptions of Mathematics Learning” ,Using Online Gaming to Prepare Preservice teachers. Dr. Disseler is the author the Brick Math Series; Strategies and Activities for Common Core: Grades 3-5 Part 1 & 2. Dr. Disseler’s research interests include transitioning issues for middle school students, poverty and learning, brain research and learning styles, Creativity in the classroom, teacher effectiveness and new teacher training, and Building with the Brick: The power of Lego Education in the Classroom. Several of her articles are awaiting publication. 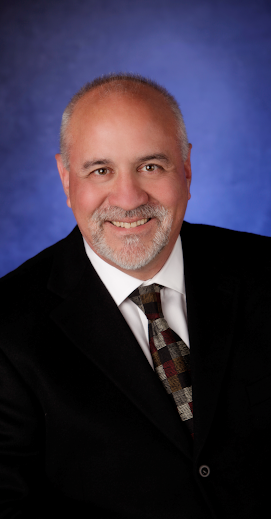 Craig Gabler is a Science/STEM education consultant and the KDSL Global science consultant for American curriculum schools in the MENA region. Previously he was at Educational Service District (ESD) 113 in Olympia, Washington, beginning in 2000. At the ESD, Dr. Gabler served as Regional Science Coordinator where his primary role was to coordinate and deliver science professional development to the 44 school districts in the region. During his time at the ESD, Dr. Gabler also served as Curriculum Director for Science & Mathematics for Tacoma Public Schools in Washington for two years. Dr. Gabler began his career in Centralia, Washington in 1975 as a high school chemistry and physics teacher. Outside of his work in districts, Dr. Gabler has been active in science education leadership. He served as a writer for the NGSS, worked on Washington state science standards writing teams, and spent several summers as Mentor Teacher in the U.S. Department of Energy's Pre-Service Teacher program at the Pacific Northwest National Laboratory. He is a Past-President of the National Science Education Leadership Association. In addition, he served a two-year term as president of the Washington Science Teachers Association and as the National Science Teachers Association's District XVII Director. Leadership and leadership development continues to be an area of focus for Dr. Gabler. He served as the team leader of the 2014 NGSS Forum held in Dubai for American curriculum schools in the MENA region and has continued to support schools in the MENA region. Dr. Gabler was also a featured author in Teach UAE Magazine where he wrote an article on implementing the NGSS. Dr. Gabler received a BS in Physical Science from Washington State University, an MS in Science Education from Oregon State University, and a PhD in Science & Mathematics Education from the Curtin University in Perth, Australia. 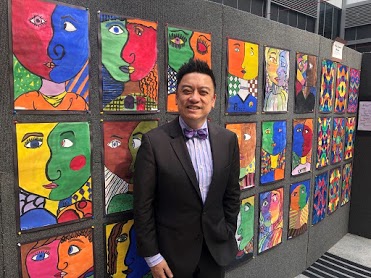 Vincent Ventura is an international literacy consultant and the director of LitLife International. Vincent provides professional development in literacy throughout the world. When working in schools, he focuses on helping create learning environments where students are independent and empowered. Vincent works with administrators, teachers, parents and students to hear their voice, and use their voice to continue creating positive change in the world. Based out of Monterrey, Mexico, Vincent consults with schools throughout the world, including such countries as: Austria, Bolivia, Colombia, Costa Rica, Côte D’Ivoire, Curaçao, Ecuador, Guatemala, Hong Kong, India, Kuwait, Malaysia, Mexico, Peru and Suriname. 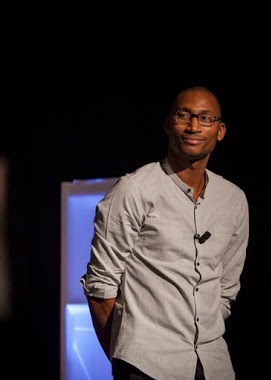 KDSL Global is an education consulting company launched by Kevin Simpson in 2016 in the USA and in the United Arab Emirates (UAE). Simpson has served 500+ schools and thousands of educators worldwide in 20 countries. The majority of his work in education has centered on American curriculum schools. Since 2008, he has been focused on education in the MENA region, assisted numerous schools with accreditation, training, and development and served as a thought partner on school start-up projects. Simpson is co-founder of the UAE Learning Network (one of the largest online network of educators in the UAE) and has participated in numerous education panels and radio shows where American curriculum was the topic. In addition, he has co-authored two white papers on American curriculum schools in Dubai, co-authored a white paper on NGSS in MENA American curriculum schools, and co-wrote a bilingual document on American Education in the UAE. He also owns KDSL USA which was set up in 2007. He holds a Bachelor of Arts degree in Education and a Master of Education degree in Curriculum and Teaching from Michigan State University (USA). Currently, he is a member of the Association for the Advancement of International Education (AAIE) and studying in their Institute for International School Leadership. 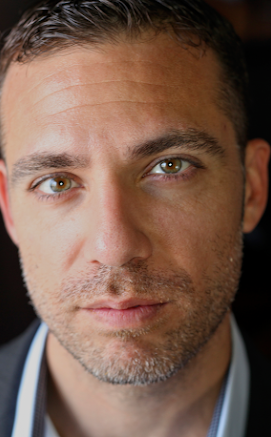 With a mission to level the playing field for students from all backgrounds, Scott is the President and co-founder of A-List Education. Growing from just a handful of students in 2005, A-List now serves more than 80,000 students across the US and around the world. The company works with more than 800 high schools and nonprofit organizations, including KIPP, the Harlem Children’s Zone, the Fulbright Commission, and Year Up (where Scott currently serves as Chair of the NY Leadership Council) – providing everything from professional development and direct instruction to sophisticated assessment platforms and curriculum alignment. Scott has more than 12,000 hours of instructional experience, working with thousands of students and teachers to improve post-secondary outcomes.

Scott was lucky enough to attend Harvard University on a scholarship, and then serve as CFO of a development project in Ecuador funded by the British Embassy. These experiences left him with a deep appreciation for education not just as what traditionally happens in the four walls of a classroom but as a set of skills necessary to succeed in the wider world. This philosophy of college and career readiness has been central to A-List’s success; as a result Scott has been asked to be a frequent presenter at education conferences, and has been featured on Bloomberg, NBC, CBS, Fox and CNN to comment on developments in the education space.

Most recently, Scott has overseen A-List’s expansion to Europe, the Middle East and Asia, as well as the development of extensive learning materials and a suite of groundbreaking educational tools.